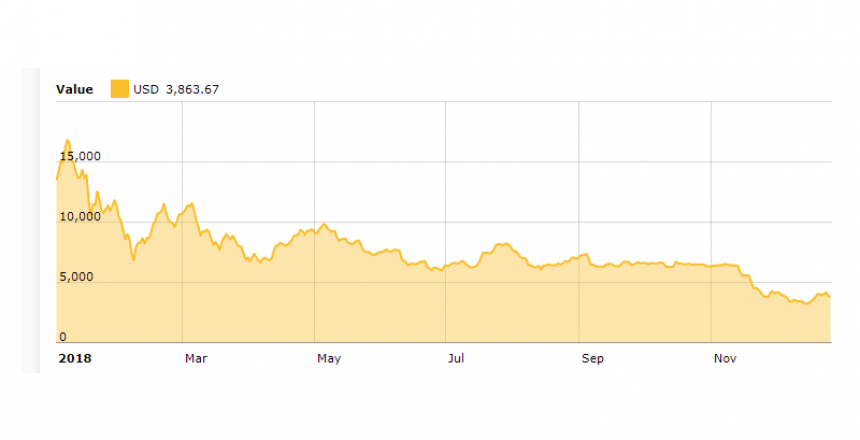 Cryptocurrencies and ICOs started well in 2018. In the second half of the year their decline has accelerated as the story of Bitcoin in 2018 shows. From a high of almost US$17000 per Bitcoin, the low in December was almost 80% lower. This is replicated across most other cryptocurrencies and Initial Coin Offerings (ICOs).

An integral part of what happened in 2018 was the steady drip, drip, drip of regulatory condemnation or suspicion of cryptocurrencies and ICOs, though not so much about the blockchain or digital ledger technologies underpinning these. Perhaps the most damning was a report from the Attorney General of New York. But other authorities and regulators have their concerns, including the Bank for International Settlements, the EU’s ESMA and multiple others.

Not all is bleak

Yet not all is bleak. The Swiss FINMA regulator issued ICO guidelines in early 2018. In late December Switzerland’s Federal Council published a report covering distributed ledger technology which offered the view that existing rules were well suited for blockchain adoption, though improvements could be introduced.

From the Enterprise Times viewpoint, unless the specific circumstance involves financial settlement, 2019 will likely continue in the vein of 2018’s general suspicion of cryptocurrencies and ICOs. Put simply these do not yet have the imprimatur of respectability.

Respectability may have to wait for the first Central Bank Digital Currency (CBDC). The first of these is unlikely to arrive in 2019. 2020 or 2021 would seem more probable, if at all. If or when that first CBDC does happen it will steal much of the non-central bank cryptocurrency steam, and probably render ICOs largely irrelevant. This would be good for all but those who have expected or are expecting to cream off a fortune via private ICOs.

One other possibility to watch out for in 2019? Will Facebook launch, possibly in India, its own US$-backed cryptocurrency? Given all that Facebook has endured in 2018 one might think this a step too far.

Except that monetizing Whatsapp, with an alleged 200M+ users on the subcontinent, via a payments transfer electronic currency might be too much for a wounded Facebook to resist.

Enterprise Times: what does this mean

For those hoping cryptocurrencis and ICOs will stage a come-back in 2019 the outlook does not seem promising. One possible exception, which would be good for few, was if a global recession saw ‘flight into cryptocurrencies’ as the ultimate hedge. but this would be risking much.

As for Enterprise Times, it will keep half a eye out on cryptocurrencies and ICOs. There are likely to be more significant developments, for enterprises, in blockchain in 2019. That is where our focus will remain.